‍Idle Wild explores the relationships between the idea of nature, the built environment and our collective subconscious. Taking the suburban landscape as point of departure, DRIL Art Collective renders the familiar strange, bringing attention to the aesthetic uniformity of these surroundings while allowing the seemingly mundane to be experienced in unexpected ways.

Historically, the concept of the suburb developed in reaction to the city and was linked to utopian ideals, a desire to be closer to nature, and an improved standard of living. Over time, and with the spread of mass suburbanization, these ideals morphed into other forms, creating circumstances of predictability, isolation, and in some cases, surveillance. Idle Wild evokes the spatial and psychological patterns within these rationalized spaces while nudging imaginative shifts in the perception of suburbia. Idle estates, a grid of porcelain houses, forms a ghostly version of the archetypal suburb, replete with development sign. Over the course of the exhibition, plant life sprouted from their rooftops, unhinging their forms and softening their edges, suggestive of the unruly nature of imagination amidst the mundane. Idle Wild, an immersive four-channel video installation, charts a hypnotic drive through a non descript neighborhood. The absence of narrative causes the mind to wander, guided by subconscious desires to interpret the aesthetic contours of the journey and the chance encounters recorded by the camera’s automated eye. In this dawn emptiness of suburban sprawl, nature looms ominously at its edges, complicating the ideas of the picturesque that original suburbs aspired towards. At the core of Idle Wild is the subtle questioning of value systems and affects articulated and reflected through the constructed environments in which we live. 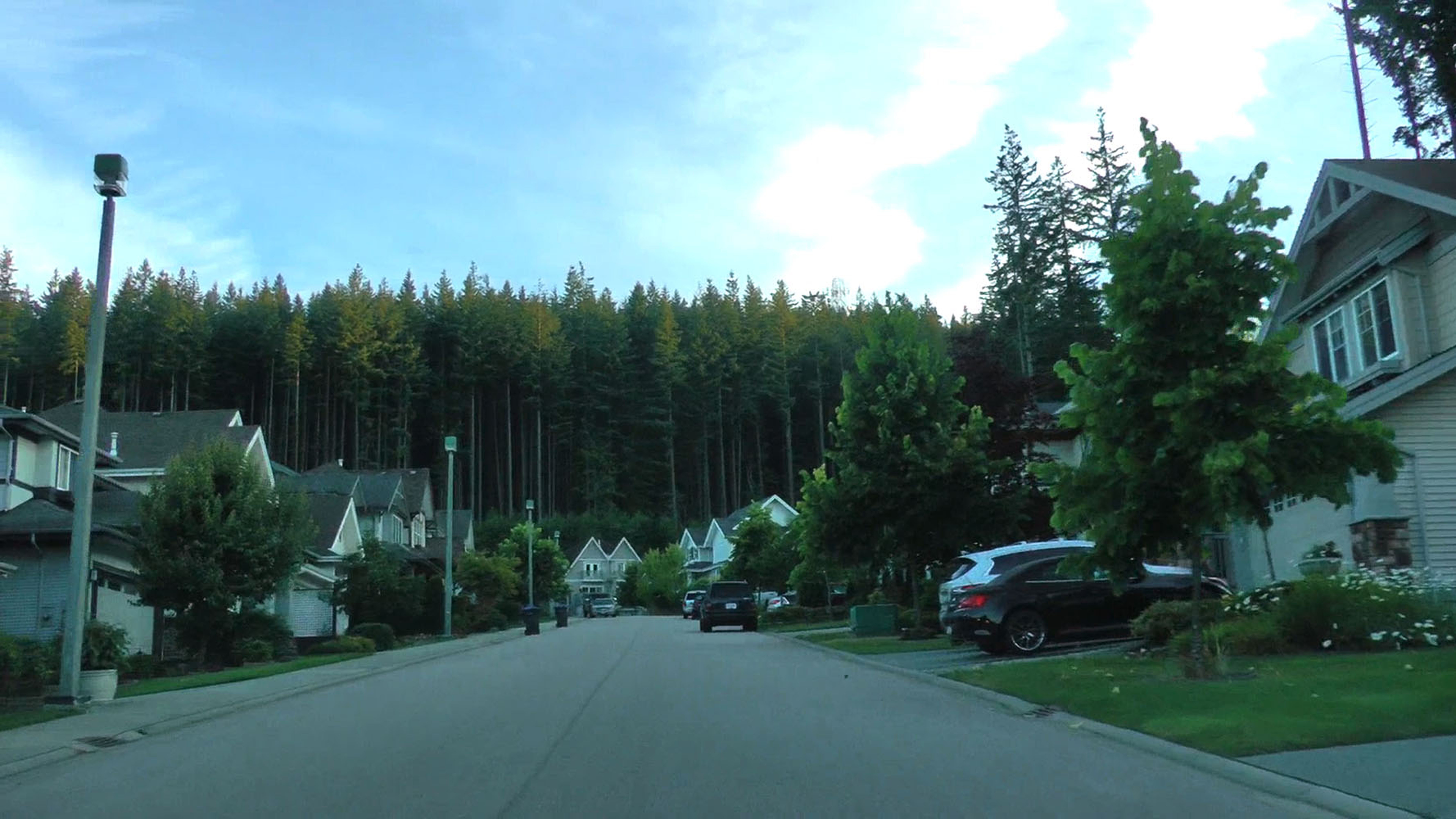 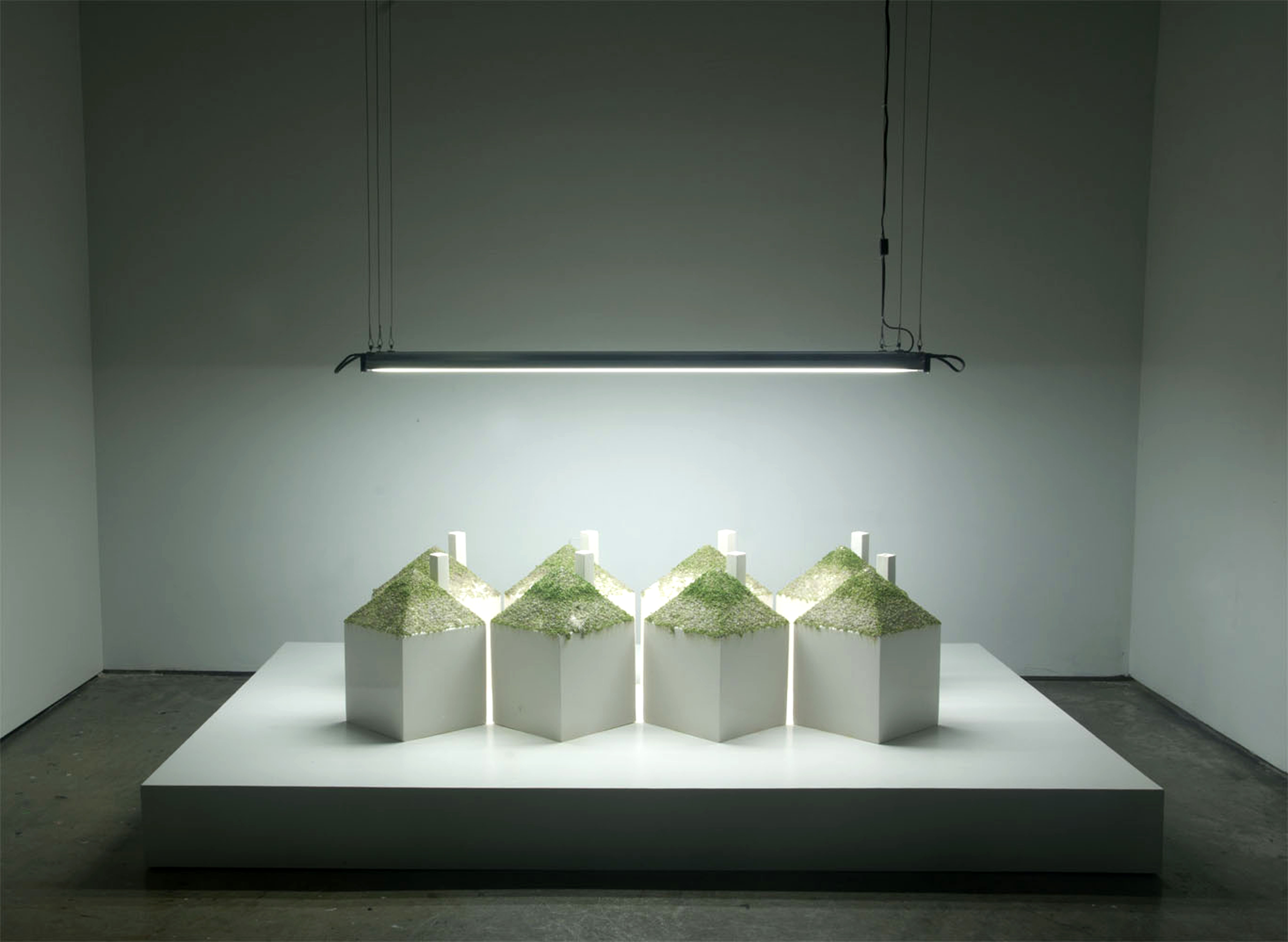 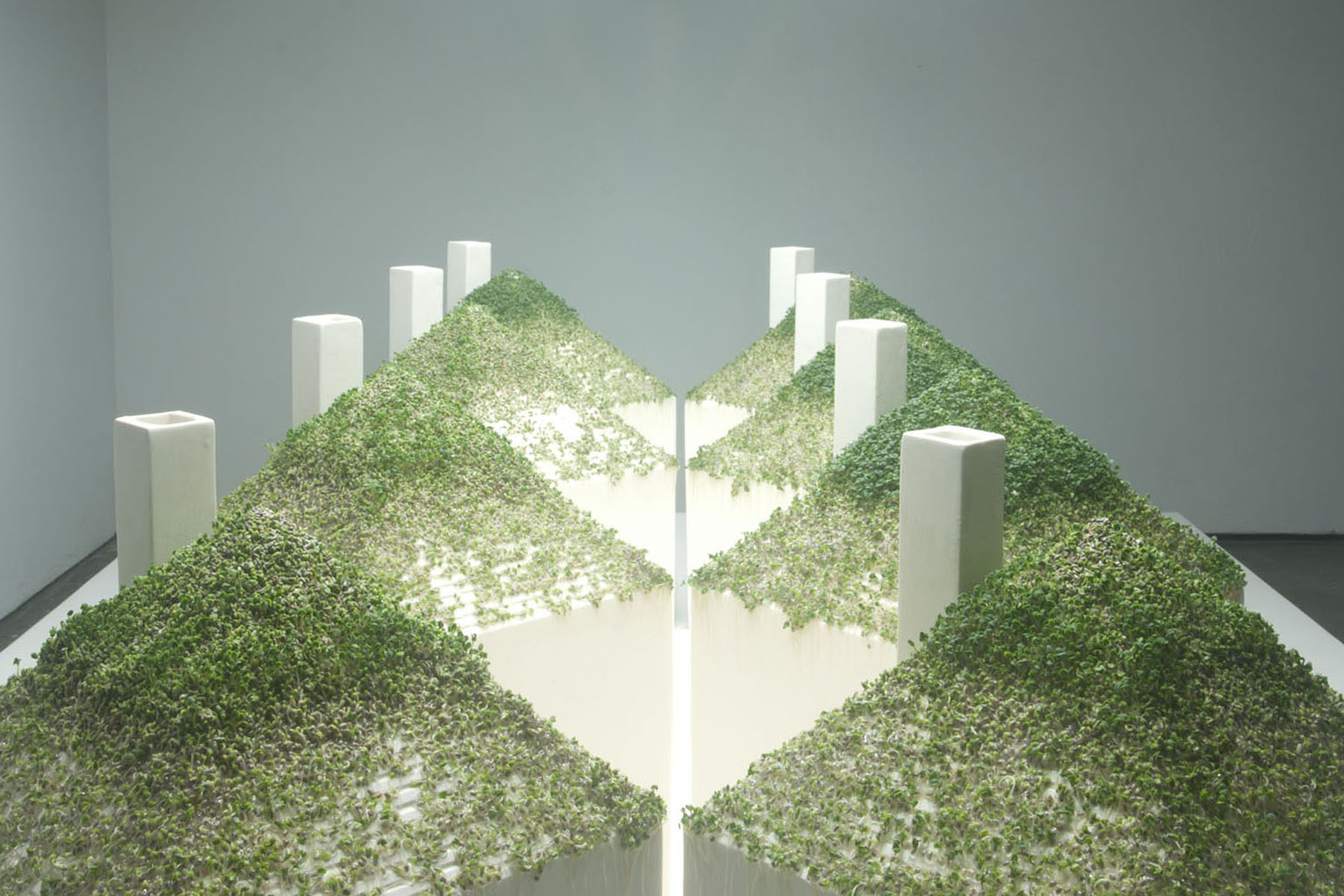 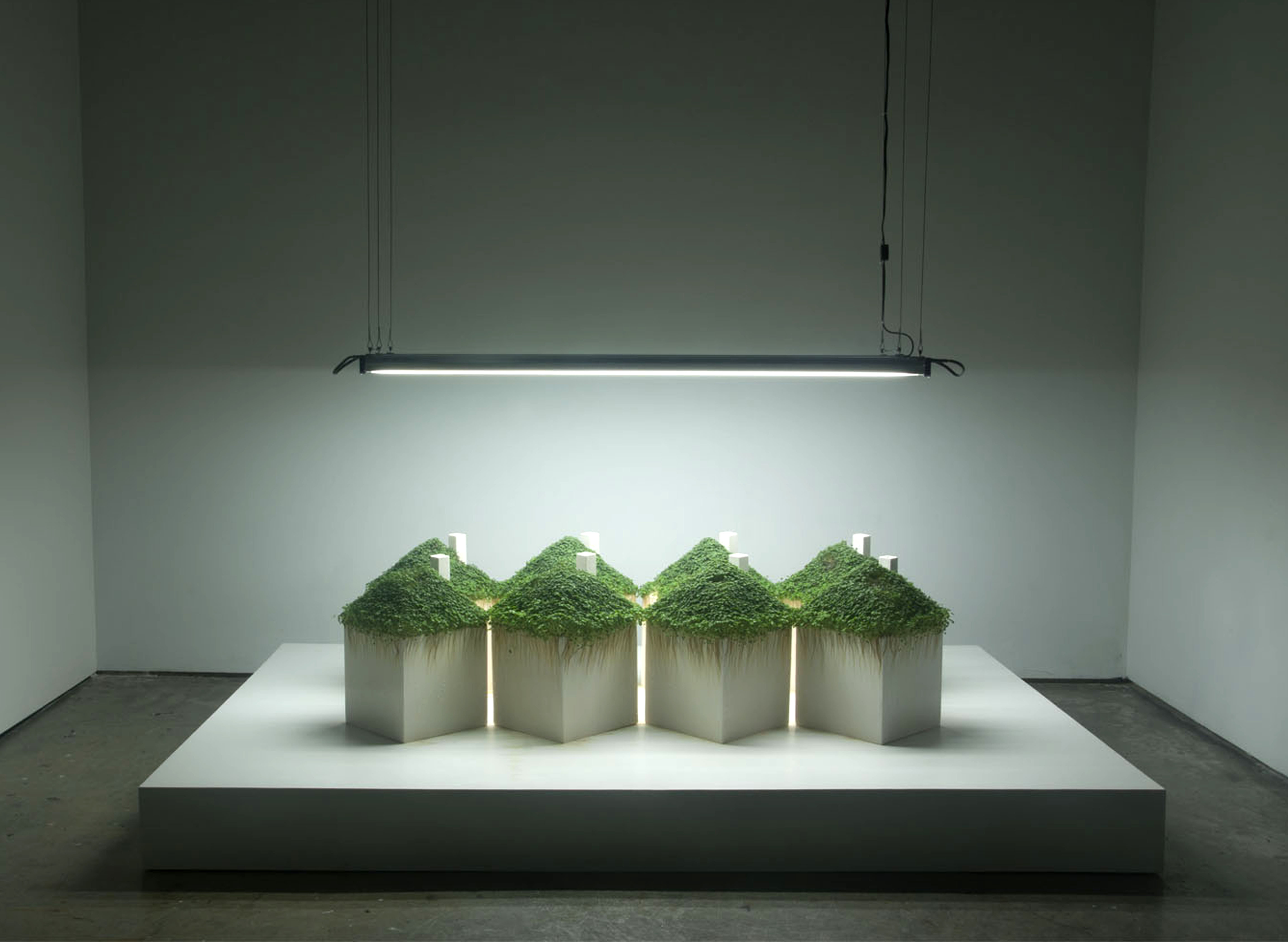